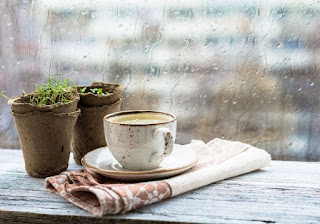 PP's bad day. It actually started out pretty good. It was payday and I quickly noticed all this extra work I been needing to do for the new vehicle deliveries made a big difference. It was almost up to a normal pre-Scamdemic level. To top the morning off I also did not have any new deliveries coming in yet this morning and I did not get my first (two) pre-delivery notifications until almost noon. Coming in from Michigan and Kentucky respectively.

I can almost assure you that means Sunday night or early Monday morning deliveries as if they were scheduled  for pickup there at noon or later on a Friday they wont be getting em to me fast. Sometimes they surprise me but it is pretty rare.  They like their weekends off usually.

So I saw my break and spent the next four hours splitting firewood and filled my trailer. I took a fair number of rest breaks too I must admit. Should be enough to last through this up coming rain/cold and maybe snow snap in the forecast. It also may give me a chance to start cutting up at least one of the trees I have down already as well.  Got to move the goats to do that though as they are too curious for their own good when I am around, even with the loud chainsaw noise they keep fishing for treats like little beggars.

I hafta admit I have not done much splitting over the last three years and even though I kept my splitter serviced it has been a long time since I was not only in charge of loading and carrying but standing there and running the hydraulics too. It's this last part that almost killed me. I am just not use to standing there and running that arm at such an awkward height. I also decided to split as long as possible and standing there slightly bent over for about three hours really did me in. By the time I stopped, when the trailer got so full most new additions were falling on the ground I realized I had over done it a bit.

Maybe I should have eased into the old 100% splitting gig a bit slower lol. Running the splitter has been my son's job for the last 10 years or so. I didn't even think standing there at a lower height would become so uncomfortable. I have split some on my own since my Son moved but never more than an hour or so at a time.

After getting the trailer moved I quickly realized I needed to take a break for a bit so I took the opportunity to place an order for some new Tobacco seeds. I have grown tobacco as a companion crop to my Tomatoes for years but always used the seeds inside the dried pods to replant each year. This year however I could not find the pods from last year. I still don't know what I did with them so I am starting over I guess.

Some how my debit card got bungled up and when I stopped to get gas later I got charged three times. The bank fixed it automatically but then declined my card until I reviewed what they had done. Made our dinner out check paying kinda exciting as I didn't know my card was temporarily useless. Luckily the Wife had her card (which is a miracle to be honest). We need to start carrying cash some again but my bank closed the local branch so I been just going no cash mostly unless I raid my home stash before leaving. So I hobbled home a destitute limping beggar with a declined card and an aching back all the way home. Only to find out my wood stove coals had all burned out so I had to start over again.

At least I got my Tobacco seeds ordered.

Posted by PioneerPreppy at 10:05 PM