Darkest Days I have Ever Seen 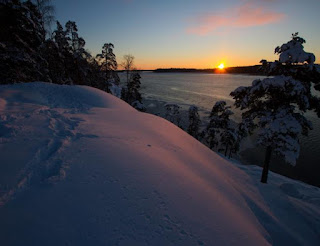 No point in denying it I am not a big fan of Late Fall or Winter at all for that matter. Late Fall always brings me down after the time change especially but the cold and wet together teaming up with the dark just puts me into a mood. This year is being particularly hard on me as I keep getting deliveries everyday but spaced out just perfectly to be the most time consuming with the least amount of headway possible.

The one brightspot for me employment-wise is that the end of the month aggravation is pretty much gone due to the financial situation. I am about the only guy at the entire dealership that isn't in a bad mood due to end of the month timing right now. For the last 2+ years it has been the worst time for me but with interest rates climbing a large number of pre-order customers are backing away from deals so it has reduced a lot of pressure on me to get all the paperwork and inspections written up at the last minute and delivered so the salesmen can get paid. The shipping companies are still rushing around like crazy to get every vehicle loaded and delivered at the last minute but there is no longer a customer screaming at the finish line.

You can pre-order a vehicle and lock in a price (not including add on fees of course) but you cannot lock in an interest rate and since most of the pre-order customers agreed to their deals the interest rates have come up from 4% to 8.5 or so sometimes and when you are talking about 60 to 80K that extra few percent matters.

Bottom line for me is the rush getting these new vehicles out of the factory to make the dealerships take possession of every vehicle they can and the shortened days are leaving me much less time to get stuff done around the Small-Hold and much of that reduced time is spent trying to increase the wood supply a bit more before it really gets cold and muddy.

Add to the season and the fact that our Western Democrat friends are doing everything they can do to force a full blown war right now and I truly believe this is the darkest time I have ever seen in my entire lifetime so far to date.

I am seriously NOT kidding. There are points of hope and light more than I have witnessed in years all around us but the threat of total retaliation by the One World Democrat types is stronger than it has ever been. Make no mistake these devil-spawn will destroy everything rather than lose anything if they can. The Femocrat, Multi-Cult Eco mob of freakish Superiority is little more than a Religious Death Cult of narcissism and ego power and they will not tolerate anything other than complete annihilation of those they hate. Which seems to be everyone not them.

Who would have thought that while I was training how to arm and fire Nuclear Artillery rounds in the 80's that within 40 years I would place more hope with a Russian President than a US one during times like these?

Here is a pretty good article out over at Zero Hedge that kinda outlines what is going on. IMO

Has a Counter Revolution Arrived in the U.S.

Anyway not much time until we begin to once again climb out of the dark days of Winter a little with each minute. A bit more cold will also allow me to begin work on a few of my projects that I have not started yet as I would like some more cold to force any hiding vermin out of their possible hiding holes before sticking my arms in them.

I am already looking forward to Spring and it ain't even New Years yet but I have a bigger garden plot planned and it is ready to go already just need the season to hurry up.

Posted by PioneerPreppy at 6:30 PM