Sometimes I wonder if I took the Wrong Path 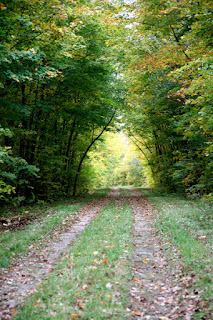 I have to admit I find these days so crazy I sometimes feel I missed some crucial need to know information that seems to have been passed out to just about everyone but me at some point. My guess is it happened sometime in the early 90's or maybe late 80's.

I was always raised with distinct black and white lines that followed base Christian values. Don't cheat others, don't lie, don't steal, don't owe people money and don't hit on your friends' women. (unless you were pretty sure you had a chance). Seriously though I took much of this to heart and although it made so much sense years ago in so many ways these days it all looks like maybe it just wasn't the right attitude for this day and age.

For instance. I never got myself into debt except for my student loans, which I paid back. Now I don't harp on that much as the debt a student was forced to pay back then was nowhere near the amounts they force on these students now but still one should honor their promises. I never burrowed money to buy things but paid cash and saved for em. I never burrowed money to start a business because honestly when I really researched the details it always seemed a certain degree of dishonesty was baked into the deal if you wanted it to be successful. Most everything I had a passion for just didn't pay anyway or as I was to finally find out I was just not the right diversity the world seemed to think they needed.

I chose honesty and my own conscious. It took longer and was much harder but in the end I can daydream of the past and feel very few tinges of guilt for something I did and usually it was a mistake despite my intentions. Many have claimed over the years I have little ambition but what I have always lacked almost completely is greed. No matter what time period I can think of I was usually content by very simple things. Plus I had an almost inexhaustible pool of patience. I was once also described as having the patience of a rock. Another virtue that seemed to have no downside until the world somehow decided it should be as useless as any vice.

The one useful talent I did seem to possess for the modern world is that I am pretty good at investing. I think the patience pays off there a lot as a long term buy and hold type strategy worked well back in the 80's and 90's. Again not so much these days but I have been pretty comfortable knowing I had  managed to reach a level that I could stay solvent even in retirement. My property is debt free (except for taxes) and I made enough in residual and dividends that I felt secure.

The rub is this country I used to love so much keeps changing the rules. I am no longer certain I am as financially secure as I once believed. Oh sure the numbers still add up but for how long? I see nothing but useless stupid mistakes all around me. When I wanted to build a new house two years ago I had cash on hand when those in the construction trade laughed and claimed they would not be doing private contracts for years.

I priced the same building today I had wanted almost 3 years ago and that very same plan costs more today than it did to pay off the entire mortgage on this farm for my mother 30 years ago did. I saw tracts of 500+ acres of land that were cheaper than the cost for new construction today.

It seems all these people who have never showed any caution in amassing debt are the only ones making it these days. If they fail they scream for the vote buying Democrats to bail em out. No one seems to suffer their own mistakes and greed. SO why bother living within your means?

Neither party is going to force these people to sleep in the bed they made. When it all starts to crumble we are all going to have to pay for their mistakes it seems.

Keep Prepping Everyone.... If for no other reason than to witness as much of this shit show as you can in the end.

Posted by PioneerPreppy at 10:38 PM