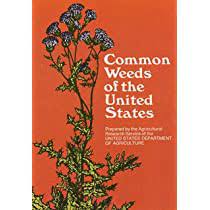 As much as I am a sucker for Separatist movements and old farm sales and auctions I am just as much a sucker for book sales and used book stores.  Maybe it is just me but I have found that sometime around the 1970's books in the United States began changing and NOT in a good way. I think I am the only person I know who actually kept most of his old school text books including high school and college from the late 70's and early 80's. I think everyone I went to college with sold theirs back in college when the semester was over.

I especially find it interesting how many "facts" from the early 80's were apparently so untrue to someone that they were changed or flat out omitted soon after. For those who claim these facts were discovered to be untrue all I can do is mention how much untrue information seems to have been corrected during the 1990's and early 2000's. Why it must have been a veritable age of Enlightenment I guess for so many facts to have been discovered false in such a short time.

I find these "omissions"  to be especially prevalent in old texts I have from my education courses, history and psychology courses. I doubt I have to go into any fine detail for anyone reading here as to what type of changes and omissions are typical and probably why they were made but I have found it is always useful to find the oldest academic work you can find on most topics and compare them to other works over the years and see how the information has changed to find the truth of the situation.

Some topics are blessedly immune to such scrutiny although rare to find these days. Take the book pictured above. It was printed and copyrighted in 1970 and was published through the US Ag. Dept. and Dover Books. It can still be bought on line used and new for about $6.00 and $20.00 respectfully. Nothing to write home about but it is a good field guide to identifying weeds and has informative maps of ranges and such. Nice drawings of the plants and soil preferences with a bit of technical data when important but that is about it. No lore or common uses for the "weeds" or anything like that I have seen so far but I suspect it would be invaluable for cross referencing if you were interested in foraging for wild herbs and edibles especially in the identification area.

I am pretty sure I already have all the information it has in it well covered. So why did I buy it you may ask? Well some one named Jacqueline (last name omitted) who lived about 30 miles from me according to her address that is printed in at least five locations I have found so far decided to not only adorn this lovely book with her address she also collected samples of many of these weeds and pressed them inside to dry but wrote notes in the margins and included a few helpful lines of text regarding some common names and uses.  She also marked these locations with paper clips for quick reference.

Honestly this book could have been about fabric clippings and textiles from 1910 and I would have bought it and kept it just to admire the  work and dedication this Jackie put into it. There is no information as to when this was done sometime after 1970 but the name is a rubber stamp not hand written and the ink used tells me it is a vintage 1970's type of stamp. I imagine the owner is no longer with us and the book was donated or sold after the owner's death but that is pure speculation on my part.

Posted by PioneerPreppy at 12:23 PM