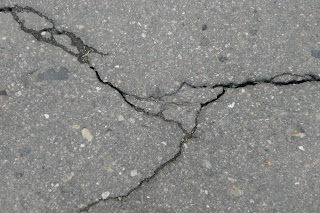 With all the doom and gloom reports of the crash to come in the near future I can finally say I have observed my very first 100% confirmation that at least one part of the stories are in fact true.

Not going to go into any fine detail but MSRP or those thousands of dollar prices that have been tacked onto new vehicles for the last few years seem to be completely a thing of the past now, with a very few highly sought after exceptions anyway.  I personally witnessed a buyer actually negotiate the price of a Super Duty down by about 10K with no trouble at all just yesterday. Not only that but the sales manager smiled after the deal was done knowing he had at least made money or avoided flooring fees at least. I also had a delivery driver tell me he had made a few high end deliveries to a couple of dealerships who physically had no room to take deliveries and refused them.

I have heard of that sort of thing happening from time to time to a dealership stuck in a big city but it has been a few years since I have heard it being done. Perhaps they were just attempting to get out of the flooring fee or the driver could have been lying for all I know but it is interesting. I have also heard that new vehicle sales are getting so bad that the various auctions centers around the country physically have no vehicles to even run auctions with. Again a second hand story but according to my source they get most of their used vehicle sales due to Trade Ins for new although I always thought most of them came from car rental places changing out inventory. But what do I know?

My point is the often reported on crash in the new retail vehicle category does not seem to be a myth from my limited insider observations. Very obvious problems are now clearly popping up. Until this week I think pretty much everyone involved in sales were still in disbelief of an on coming crash, refused to even speak such sacrilege and were hoping it was all a lie and things would go back to the way it had been the last 2 or 3 years.

If it happens I have a feeling several salesmen which I will call "Sweet Summer Children" in reference to "Game of Thrones" are in for a very rude awakening. Since this CoVid scamdemic has started I have been amazed at just how easy many of these youngsters have had it but that is about to change like I hear is happening to many an easy money real estate areas as well.

One thing I can tell you for certain is the factories and companies are shipping everything they can out as fast as possible by whatever means of conveyance they can contract with. I am seeing at least two or three small time private contractors a day this week with no clue what protocols they are suppose to follow to drop off vehicles. Everyone seems to be in a fever pitch to get these vehicles out as fast as possible.

At least I am seeing some hard confirmation of what I have been reading that is coming or happening in other parts of the country for a change. For whatever it is worth.

Hope you all have a great Thanksgiving and I will post again tomorrow I am sure.

Keep Prepping Everyone!!!! I really need a day off.

Posted by PioneerPreppy at 5:57 PM