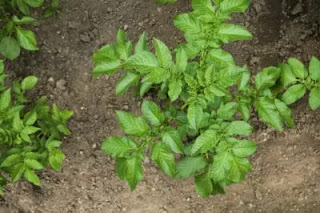 All told it wasn't a bad Summer around the Small-Hold. If you don't count a new subdivision being excavated out across the gravel road and the obvious population explosion in the local area making it almost impossible to even get gas around here now.

The wife did not feel like cooking dinner the other night so she talked me into running to the next town over (the one with the cops) for a burger, about 7 miles away. The old diner that was there closed up, the little Chinese place is take out only now and the small Mexican place is always packed to the gills and as loud as a popular dance bar on Saturday night now. Took about half an hour to get through the only fast food drive through and another 30 minutes at the local Dollar General which should just change it's name to mini Target now.

That would be a mini-Target for fat middle aged Karens not one of the real Targets that have the cute young girls in their pajamas running around.

I swear these damned Democrats want to make illegal new laws everywhere and every chance they get, why don't they make it a law that restricts new homes in places that do not have the infrastructure required for all the new houses and people? Do something useful for a change.

Of course any little thing I would normally pick up on a usually short trip like this is now perpetually sold out.  Supply problems ya know? Of course those supply problems never seem to effect the flavors of those items no one likes do they? Nope only the good stuff has supply problems it seems. They have plenty of any product you could want as long as you have previously burned your taste buds out on the flavor no one buys anyway.

Made it home to my perpetual weeks on end of listening to excavators running almost 24/7. They have lowered the once beautiful corn field down by about 15 or 20 feet at the edge at least already. Not sure how deep they want the lake to be but I am at the top of the drain field here and my run off will not make it across the road to their new lake. I am no expert but damn it looks like that lake might fill up in two or three years at this rate, maybe. Looks to me like they might just end up making nothing but  a perpetual low swampy area more than a lake to me.

Probably will move trailers in too now with my luck.

Funny how my luck is only bad when it includes other people in the equation though.

My potato and carrot experiments were lack luster at best this year. Not sure if it was the weird drought-like weather and heat or if I planted them wrong in the deep hay mulch or if it had something to do with the moles and millions of Pill Bugs that moved into the Hay Mulch areas. I barely got a double return on the Potatoes and the carrots were all stubby. Could have been my varieties too so I guess I need to try again next year.

I started harvesting my pole beans today and although they looked good a few weeks back it kinda looks like I am not going to get a big a yield as I thought. Would make sense with the poor Summer conditions but the plants are dying and drying off faster than year than usual. Not sure why but I usually get some more pods into October but doesn't look like it is going to happen this year. The heat may have broke but it has been unusually dry so far for September as well.

Tomatoes are still going pretty good though.Still can't get the Wife to even consider canning a few of them. We used to can a lot but she just claims it isn't worth it now. Things keep going like they have been I am betting she changes her tune by next year. Oh well she has that luxury for now and I still have no problem giving the excess away.

Posted by PioneerPreppy at 7:46 PM