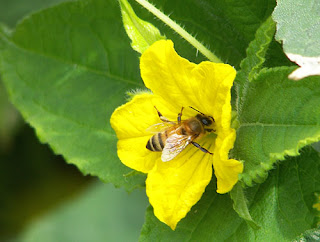 Been a long day. I busted my favorite riding mower yesterday. I still don't know how but I am thinking I cut it into my terrace too hard. Anyway I bent some flange hanging off the frame and busted the wire that held a support bar in place so it was hanging down and dragging. The bar I guess keeps the deck centered and with it hanging down I could not put the mower in reverse or it would dig in. I drove it down to the barn and considered getting on one of my spares but damn the one I broke is my favorite. Looked like an easy fix.

By this morning I had the propane torch out, had removed the bent flange that had a very iffy carbon content and was almost an 8th of an inch thick and would not bend back for nothing. Mostly due to the angle being under the mower. Of course I had to remove the entire hood and front to get that one flange off too. I heated the piece up got out my old shaping hammer, thongs and anvil and put back into shape.

This is like the second time this year I have had to use tools that have sat idle for half a decade now. Luckily I did not have to fire up my little forge but the propane torch put enough heat on it. I tested it after quenching and it did not seem to effect the temper so I did not give it a new one but my guess is it didn't have one on it anyway and was all metal thickness.

Got it put back together, finished mowing the yard parts and around the garden and then went to take a break under my favorite shade tree.

I sat there a few minutes and realized it had gotten hot enough that all the animals were in deep cover. Not even the goats were out messin around. I was happily listening to the buzzing of hundreds of honey bees working the Lemon Cucumber vines and watching a little female ruby throat hummingbird on my feeders when one of those magical moments encompassed the world.

It became dead silent except for the distant bee buzz. Not the sound of an engine, screaming of people, barking of a dog, nothing but a soft drone but mostly just silence. It has been probably 14 years since I have heard that out here. Last time I can remember hearing silence that deep was the Summer of 2008 or maybe a couple of nights in the snow while loading up my wood furnace but it just isn't the same at night. In some ways better but not as magically rare.

Maybe there is an advantage to this Femocrat recession and gas price hike after all. One for me anyway. Still not worth it. Yet for about maybe 10 minutes the old place really seemed to be just as I remembered it. Blue sky, puffy clouds, Bees and birds with silence. It was literally beautiful.

Then I heard some damned garbage truck get on his pedal to get up a hill about a quarter mile away and the brief moment of time was gone. He went rattling by and stirred up some dogs in the little claptrap subdivision about half a mile down the road and they barked until I just got up in disgust and went back to work. It was nice while it lasted.

It has cooled down a bit here again and I am finally getting some new fruiting without them dying to rot but not sure there is enough time for most of it ripen now. Only thing I have consistently grown this year are hundreds of Lemon cucumbers and Sunflowers. I have a few good sized melons but they do not seem to want to ripen. I got about half a million green Tomatoes and a hill full of potato plants that are still green. Cucumber vines literally everywhere, Pole bean vines that are threatening to collapse the concrete wire trellis tents, Pumpkins taking over and tomato plants pushing 8 foot high and forcing me to add some new supporting stakes to help the cattle panel trellis I normally use for them.

But very little in the way of fruiting or ripening on anything but the cucumbers. At least those cucumbers did their job well. I only plant them for bee blooms, plant shade and to feed the sheep. The sheep love them so much they will line up at the fence when they see me picking them. The goats are kinda iffy about them though and the Ram will bellow at the top of his lungs until I throw a few over to him as well. Lemon Cucumbers are the most prolific cucumber I have ever seen but they are kinda tasteless for me. Still I grow them for the reasons mentioned above more than anything else.

Anyway at least I got to relive a long forgotten moment of silence on the old place. Probably the last one I will ever get but it was nice.

Posted by PioneerPreppy at 12:22 AM