Please Bear With Me 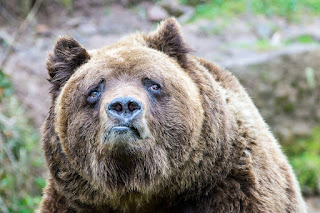 Sorry for the long silence. I decided to breed three ewes this year just to keep my flock viable and to make better use of my pasturage. The old flock had become far too large for me to manage and much larger than we would ever need for sustainable living as well, so we downsized. Most of the ewe's we kept were what I called the invalid/retired flock but also included a useless whether and one nice ewe who had no Ram available for romance along with four ewes who could be bred to my remaining Ram. Well one of the breedable ewe's died before breeding season and I lost one older ewe recently as well and the remaining flock is just not enough to even keep one pasture under control.

So I put three ewes in last November with the ram. Now of course two go into labor at the same time and one decides to have the most difficult delivery of her entire career as well. We lost one lamb and had to bottle feed her first lamb as she cannot take care of it yet. She had a lamb that was not entering the birth canal and I could not reach it to help her. I say this now but as of last evening I was not 100% sure she had another lamb still to be born. I could not feel anything and there was no sign of one in the birth canal nor one I could feel when I tried but I was pretty sure there was one. I checked her every hour on the hour, She wouldn't/couldn't stand up, was not able to nurse her one live lamb even when I rolled her over a bit and held the tit for him and I had another ewe who had already had twins I was taking care of too.

Needless to say I have done nothing but mess with pregnant ewes for more than a few days now, on top of trying to get everything ready for a week or more before this and attempting to keep the ewes out of the mud plus putting out spot fires for the last few weeks, Mostly in the form of making sure no more tin panels pop up from the roof in the 30+ MPH winds we been dealing with.

I really dislike early Spring. I also noticed the grass is growing again too so soon I am going to be mowing constantly.... grrrrrrrrr.

Anyway I finally had to call the vet this morning. Right before his arrival I checked the ewe again and could finally see the first signs of the remaining lamb in the form of hooves. Almost 14 hours after she first went into labor. We got the lamb pulled and this time the Vet did the checking which included a much deeper check then I was afraid to do myself if you get my meaning.

OK I admit it I am NOT the best midwife in the world but I really thought checking that far up would cause some serious damage.

Now we have a bottle baby and a ewe I am hopeful will survive after the vet visit and medication. She appears more alert now and is sitting up but still has not stood up. I hope she will take the lamb back but the verdict is not in yet if she will survive.

One more ewe to go now and she is a first timer so no telling how she is goign to react.

Wish me luck and Keep Prepping Everyone!!!!

Posted by PioneerPreppy at 2:17 PM