Where The Small-Hold Stands Now a little History First 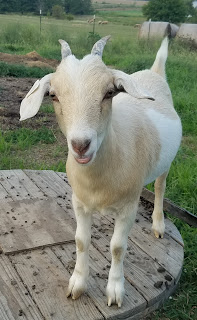 So here we are. It's been over 25 years since my son and I moved into this dilapidated, unkempt, over grown mess of a small farm with little more than an X-box, a couple of Game Boys, a computer or three and a 1948 8N tractor. I think I might have had a blade for that tractor too. Hard to remember anymore.

The only thing that didn't need major repair around here was the barn. It just needed major cleaning. There was a hole in the kitchen floor of the house that went into the basement. Every fenced in area was technically not a fenced in area. What my mother called the "riding arena" was nothing more than a long square outline of boards that had rotted in place. I am pretty sure someone was storing square bales inside the house.

I say someone, but it was my mother who had let this place go. Mostly while I was in the Army and away from the area. This little parcel had been in the family since I was a kid and I had cut the front yard for years already but somehow my Mother ended up getting this place when my parents got divorced.

The reason she ended up with the place, they were still here however in the form of four hooved (is that even a word) creatures of total pasture destruction. Otherwise known as Horses.

The reason my son and I ended up back here was I had just been handed custody of him and I was bound and determined he was not going to be raised in a city.

We turned the house into the greatest bachelor pad money could buy, in rural Missouri at that time anyway which honestly is not saying much really. We re-wired the place, fixed the kitchen floor, managed to get an actual DSL line put in (That was epic in Rural Missouri back then), networked our computers and hung a sign on the door that said "No Girls allowed" That was destined to go as the boy aged a bit :)

The sign was really for me as I had a rule of no sleep overs until my son hit 16. As it turned out that was a very hard rule not to break not because I was tempted but because the women back then were trying to move in by the second date sometimes. A few would pop in and just make themselves at home too. I had two ex's actually stake out the place to see who else would show up here. Like you couldn't see their cars around here or something.

I gave up my job traveling where I manged crews who put in touch screen systems for restaurants all over the world and started working in a warehouse running a fork lift because travel as a single parent was now out of the question.

Some where along the line my son and I took over most of the financial side of the place, we also ended up being talked into most of the horse feeding etc. and then the sheep showed up as Grandma added them to the place so she could start hand spinning the wool supposedly. Her and her husband lived about 2 miles down the road on about 300 acres but their barn had burned down years earlier and they never built a new one.

Also in the middle of all this Grandma gave grandson a couple of the lambs as "His" a cat showed up starving on the porch and moved in (Son named the cat Sasha she liked to bring me dead or sometimes near dead animals which was really annoying. All she does is sleep these days)

So we just somehow moved into homesteading and Prepping, eventually added bees, chickens, another old stray dog. Who was the best watchdog that ever lived. I started blogging about the place and got remarried.

After Trump was elected in 2016 I started a massive fencing project and that ate up so much of my time along with just regular routine maintenance and caring for the animals I stopped blogging. I figured we had adults in charge again finally I could breath easier and all I really had to blog about was mundane stuff anyway. SO I took a break.

Then comes the most obviously illegal election stealing in recent history and the worst possible brain dead re-animated puppet possible. Not to mention a political/economic course that can only have one end which kinda brought me out of my retirement once again and pushed me into re-evaluating where we have ended up.

We have wells that are not refilling near as fast as they used to and other major construction projects at a time when no people in the "Business" seem to have time for anything but putting up more Chinese drywall houses.

I am also afraid a very limited window to get it done in.

More in the next part.

Posted by PioneerPreppy at 6:48 PM