It's Only a Matter of Time Now 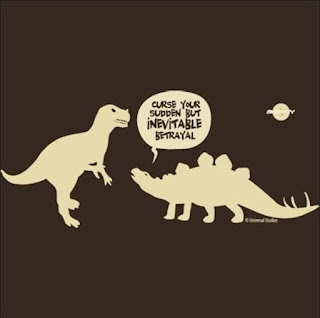 Ya know when Trump was elected back in 2016 I wasn't so much a Trump fan as I was an Anti-Democrat. Once I was pretty sure that we now had at least a reasonable number of adults once again in charge I figured it was a good time to shift my focus and relax a bit. Not that me relaxing or not had any bearing on the world mind you nor if I had stayed more in touch would it have mattered at all but maybe I would have at least been more prepared for what I found when I started taking more notice once again.

Since the great electronic and absentee election fraud something has been bothering me that I could not quite put my finger on. I mean the Femocrat Covid Plandemic did perk my interest but I was really more focused on work and such as it increased my workload many times over. Then the death of my mother took me months to get all straightened out and I am still rearranging things because of that yet.

Then the other day it dawned on me. The leftist have made so many advances when it comes to information, truth and communication it is now almost impossible to even know what is happening or find out the truth until it is totally too late to matter. I still have the links and contacts for an information system that in the 20-teens meant I could easily find out the truth of a situation within hours. From trusted web sites, reddit, 4-chan, local news sites. You name it.

All of them are gone or behind paywalls or so heavily censored these days the truth is more elusive than a straight White Male at a Disney employee meeting it seems.

Every news site is filled with bots ready to down vote and complain to remove any sane comment they come across. If there is a site that still has comments that is. All information is suspect and most Americans have no clue what the truth is until the thugs show up at your door or you get the invertible account locked message.

The leftist have gone totally digital it seems. Even that F"ckwit Trudough-boy in Canada got in on the action and got funds frozen for truckers for Christ sake.

The die is cast my friends. Even 10 years ago everyone knew once the US lost the ability to control the world with the Petro-Dollar the gig was up but now BiteMe throws that away and no one even seems to notice. The Bric nations have been waiting years to cast the need for the American consumer aside and watch the US fall and they are now getting their way.

In point of fact the part of the world that despises American Dominance has been chomping at this bit for decades. The adults in the room used to know this. Those countries have set the West up and are now sitting back and watching their dreams come to fruition. At this point there is nothing any election is going to change.

America is going to be forced to live within it's means and pay the full price of doing so from energy to food to debt. All this coming about with literally millions of unproductive and unwanted foreign immigrants demanding their share as well. Don't tell me their isn't someone else than Western Leaders behind this. The entire world is not in on the :liberal World Order" you can count on that.

It is only a matter of time I imagine. This Winter I believe is going to be the time of truth. I am by no means the smartest man alive, I have lived a simple and sometimes brutal life but this seems clear to me. Perhaps somewhere unknown by me there are people in power who see this as well and have a workable plan to stop this. More likely there are many out there and see it but believe the end result will be different that what seems obvious to me. Predictions like this are more often than not wrong in someway but the very actions, beliefs and moves made by those in charge today only seem to be making things even more inevitable.

The pain is coming I am afraid.

Posted by PioneerPreppy at 7:32 PM