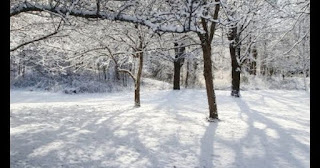 We've managed to survive the first half a week of arctic intrusion here at the Small-Hold. It's been at least two years if not three since I have had to breakout and then continuously man the old Winter Emergency Defense system. The batteries were dead and one of the remote sensors doesn't work but all the major plumbing modifications and the emergency space heater were still operational. It's a damned good thing too. My submersible pump also broke. I still have a drain issue from the county ditch backing up into the basement during really bad rain storms so I have been using the pump fairly regularly. Right before all these horror temperatures showed up we got a good downpour of rain (of course) and so I turned the pump on.

I really need to do a post about my unique back up problem. See if anyone has suggestions on how I should fix it.

Anyway. The top few millimeters of threads broke off the pump and sprayed water everywhere. By the time I got everything under control and managed to get the drain hose attached to the last bit of threads and start pumping again the temp was dropping fast. Took almost 20 hours of pumping in teen and single digit temps before the water finally froze in the ditch enough to stop coming in the basement. I seriously need to look at a permanent fix to this problem soon. I have been attempting to find the outside end of that drain but cannot locate it. If I could I would close it up there but my theory is it is NOT a metal or PVC pipe but an old clay one that has collapsed but still lets the water come up in our basement.

With single digits every night and low teens as highs during the day over the last five days even the sheep are starting to show the stress. The rain soaked into one round bale to the point I cannot unroll it now and the cold has made it impossible to get my old tractors going. We filled the goat house full of insulating hay and the three goats have not come out of there since. I also used a couple of the square bales to lay a bed down for the ewes in the center of the barn and even they only make brief trips out for food and water, same with the Ram but he has a special stall with outside fenced in access.

I had to turn the water off to the barn and open the freeze taps so the pipes wouldn't burst and we have been carrying water out from the house as we feed. Luckily with only 9 ewes, 1 ram, 3 little goats and 6 chickens watering by hand in -10 wind chills has not been too daunting a task yet but the worst is supposedly yet to come.

Honestly as much as I despise the cold arctic temps it isn't because they make me uncomfortable it is just all the unique problems and extra work plus constant observations that annoy me. It is probably a good thing I was forced to visit the old extreme cold defenses before I got even more rusty with the drill.

My tune may change come this weekend when the really cold temperatures are suppose to hit.

Posted by PioneerPreppy at 4:15 PM