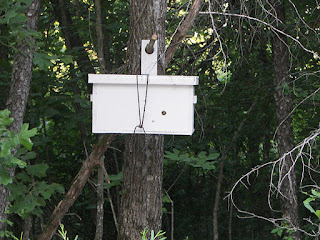 Yes it's that time of year again when I go out and place the swarm traps. I think I am going to reduce the number I put out this year overall however as I have noticed that I really only seem to catch swarms in about four locations. That and frankly I am beginning to think my warranty ran out last year when I hit 50 so I am trying to only place traps where they are easily removed and replaced as needed.

No more 100 yard treks through underbrush carrying a trap full of bees for me.

I have several different varieties of traps anymore. I also use some nuk boxes I built (basically 5 frame mini hives) in a few places and designed a stand that fits over a metal t-post too. I have found that traps a bit smaller than what the experts recommend sometimes work very well in different locations especially built up areas like cities.

Most of my traps however are like the one you see above. A box with a solid attached bottom, a removable top and a back hanger that fits over a tree limb that has been cut off. Typically about the size of a normal brood chamber or large hive box with a 1 inch entrance hole  cut off center to the lower right. 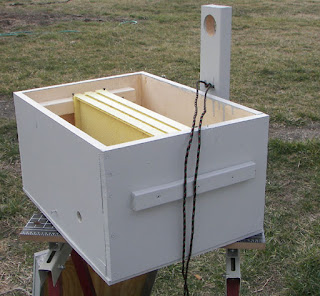 Inside I put a strip of wood on each side to hold a frame or two of drawn comb. I don't worry about proper bee spacing or what have you as the objective here is to make sure the bees are not living in the trap long enough to matter. I have a couple of boxes that are much longer than a frame and just nailed a brace across the box. 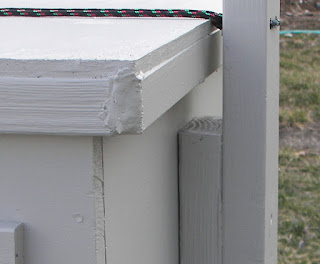 I usually use a sheet of the coated outside plywood for the top but in a pinch I have used about anything if needed. Once painted they last several years anyway and besides the traps are typically only exposed to the elements for maybe three months of the year.

Basically the goal here is to make a cavity off the ground that bees find attractive and is about the volume they need to live in. The volume is the tricky part as some swarms are smaller than others and may pass over a trap that is too large. A few other helpful hints seem to be to place the trap so the entrance is facing South or East and in a place where the trap has morning sun and afternoon shade.

As a bonus I have found that once a trap has attracted a swarm into it it seems to work better from that point on due to the smell I assume and that having an extra drawn out frame of comb from a dead out hive is like putting icing on a cake.

The final touch to swarm trap success is..... 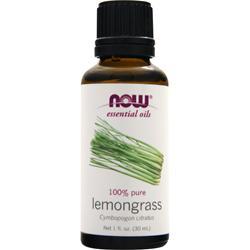 Lemongrass oil. This stuff imitates the pheromone smell of a queen I am told. It does it so well that even we humans can smell it and it will make mate happy drones explode in sexual release if they get near a q-tip covered in it. Don't ask me how I know that little fact.

It's strong stuff and I typically will rebait the traps with it about every two weeks or so. I dip a q-tip into the bottle, rub a little outside the trap entrance and then push the q-tip inside.

An interesting observation is that when a trap does catch a swarm all the oil soaked cotton on the end of the q-tip will be gone when you transfer the bees into a hive. The bees literally tear the cotton to shreds.

As I said powerful stuff to bees anyway.

Now as to placement. I mentioned a limb lopped off that puts the trap facing South or East is desirable but you should also try and get it as high off the ground as possible too. The experts recommend 8 foot but ya know I got tired of carrying a ladder around with me and again reference my warranty running out and decided climbing a ladder at night to remove a trap was too much as well. These days I place em where I can reach em and it doesn't seem to matter much to the swarms.

When you catch a swarm, and you can usually tell from the coming and goings although I have been fooled a time or two, wait until nightfall and put a cork in the entrance hole and move the trap. There are also these round disks you can use to block the entrance holes but they are expensive and really just neat bling. I then place the trap full of bees in the location the hive will be and leave em alone for a day or two.

More on transferring the bees from the trap to the hive in a later post.

It really is that simple and I have captured bees in places where others swore they hadn't seen a bee in years. Supposedly the scouts from a swarm will travel for 15 miles or more to find a suitable cavity to move into. In my opinion catching a swarm is infinitely better than buying package bees and seem to have a much much better chance at survival too. I haven't actually purchased bees, other than queens, in several years because of swarm traps and I believe that is the major factor in my lower than average Winter losses and generally pest resistant hives.

Posted by PioneerPreppy at 8:21 PM