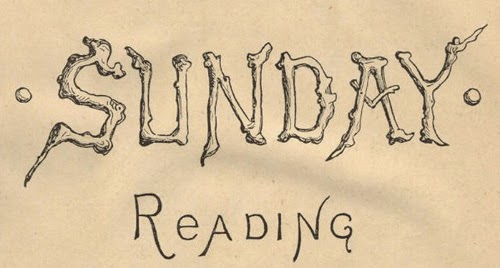 For all the Missouri readers out there don't forget that Femocrat Governor Nixon, also known as Moonbeam Jr. has misdirected several Constitutional Amendment Proposals to the August 5th primary election instead of the November regular election where they belong.

Just a sleazy little trick hoping to keep many Conservative Independent voters out of the process who do not normally vote in the Primaries.

There are several important proposed changes to the Missouri Constitution that need to be sorted out.

Shall the Missouri Constitution be amended to ensure that the right of Missouri citizens to engage in agricultural production and ranching practices shall not be infringed?
The potential costs or savings to governmental entities are unknown, but likely limited unless the resolution leads to increased litigation costs and/or the loss of federal funding.


A yes vote will help defend farmers and ranchers from over the top regulations and feel good restrictions initiated by off the wall animal activist groups. It will protect the rights of rural Missourians from being trampled by campaigns aimed at the ignorant feel good emotions of urban voters who have no clue what farming or ranching actually entails.

Don't let our cattle industry be regulated because some freaks put up campaign signs of kittens and puppies for the concrete crowd to feel sorry for.

Vote Yes for this Amendment.


Shall the Missouri Constitution be amended to include a declaration that the right to keep and bear arms is a unalienable right and that the state government is obligated to uphold that right?
State and local governmental entities should have no direct costs or savings from this proposal. However, the proposal’s passage will likely lead to increased litigation and criminal justice related costs. The total potential costs are unknown, but could be significant.


A yes vote for this amendment is very important.  Besides again affirming individual rights against Mob rule activists like Amendment 1 it will also take local and state law enforcement out of the sphere of influence of the Federal government when dealing with rules and regulations imposed at the Federal level. It also includes ammunition and other aspects of firearm ownership. The important part however is it will keep the Federal agencies from being able to demand the help and facilitation of local and state law enforcement officials.

Vote Yes for this Amendment.


Should the Missouri Constitution be changed to enact a temporary sales tax of three-quarters of one percent to be used solely to fund state and local highways, roads, bridges and transportation projects for ten years, with priority given to repairing unsafe roads and bridges?
This change is expected to produce $480 million annually to the state's Transportation Safety and Job Creation Fund and $54 million for local governments.  Increases in the gas tax will be prohibited.  This revenue shall only be used for transportation purposes and cannot be diverted for other uses.


Cannot be diverted for other issues? If you believe that I got some land to sell you in Argentina. No really. This is a Hail Mary move by MoDot and other agencies to divert funds that should go to infrastructure into other areas by placing more of a tax burden on Missouri citizens. It isn't even a use tax but will hit all sales to fund these infrastructure needs and guess where the money that normally goes to infrastructure now will be redirected to?

The claim they like to throw around for this is that fuel efficient vehicles are reducing the revenues they get from the gas tax. They throw this claim out but refuse to admit that actual miles being driven are way down since 2007 and therefore so are gas sales. With less overall miles be driven we should need less maintenance and new construction money, but of course less money isn't in their vocabulary now is it? The list of goodies they promise for the various urban centers across the state is quite impressive if you are a yuppie bike rider or power walker with no job to travel to each morning. Absolutely no benefit to rural Missourians and in increase in taxes for everyone.

Vote No on this Amendment.

There is also Constitutional Amendment 8 and 9 that deal with adding a Veterans lottery ticket sales and an Amendment to protect electronic rights from search and seizure. I am not sure the lottery ticket needs to be placed in the Constitution honestly even if you think it is a good idea personally. As for the electronic data one I would vote yes just to try and add a bit more individual protective rights.

Just keep in mind those of us who do not normally participate in the Primary elections as we are not a cog in the two party machine must actually do so this time around.

So go vote on these Amendment proposals on Tuesday August 5th and .....

Posted by PioneerPreppy at 12:27 PM