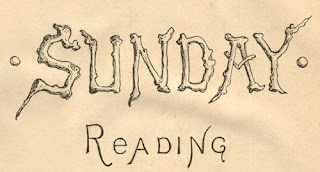 It's become oppressively hot here again. To top things off my allergies have decided to reach some new heights of discomfort this year.  I don't know if it is because I am getting old and this development has become the new norm or not but I am about a fraction of a millimeter from going to the doctor over it and that is a kin to declaring a nuclear strike for me. I have always had allergies. In some parts of the world they were so bad (I shiver thinking about the Flax harvest in South Dakota while I was constructing grain silos) I had to drug up and couldn't even operate well. Around Missouri my allergies have always been minor with a bit of sneezing in the early morning and some red eyes and very rare itching. Not so this year. Every couple of weeks I am getting allergic reactions the like of which I have never had before.

My eyelids will begin itching and turning red then they swell and eventually after about a day or so it stops but the upper layer of skin will then flake off and the eye area remains kinda puffy for days. Either the front of my neck or the cheek area along the nose will also become itchy and swell at times too. The cheek skin and around my nostrils also dies and flakes off but my neck just turns red and itches to high heaven. Lastly the inside of my wrists or forearms will become itchy and develop little hives.  I will get these symptoms either all at the same time or in various combinations. Sometimes they will rotate, my eyes will itch then stop but my neck starts itching or wrist etc. in differing time slots during the day. Then suddenly it just stops all at once and starts to heal up.

I actually called in to work one day because of these reactions and I haven't missed a day of work in over a year.

I can almost tell you when these symptoms are going to hit now though. I say almost because occasionally it doesn't happen when the circumstances are right and I think it is going to.  Generally speaking though when we get a cool spell followed by or ushered in by rain then a high temperature hot day of humidity that breaks the cool spell then I get hit with the symptoms. Sometimes it takes no more than a cool night with a heavy morning dew and higher temps the next day to set me off. Then sometimes the temperature and weather conditions seem to hit just right and no symptoms show up at all. As I mentioned sometimes I get the symptoms in various combinations and severity as well.

I am betting it has to be some type of mold spore that comes out under those right conditions. Just seems that the conditions I describe are also ideal conditions for lots of fungus growth is the only reason I say that really but it has also been happening off and on since late Winter which tells me whatever is doing it doesn't follow seasons as closely as regular plants. I have varied my diet, made the wife switch laundry detergent, changed soap, stopped wearing some of my different materials for work shirts but the symptoms come back usually after a cool spell.

Finally I broke down and began taking Zyrtec this week. It seemed to make my symptoms go away but that may have been because the temps got high enough to kill off whatever is giving me the reactions.

I sure hope I find a solution though. These new reactions coupled by reduced tolerance to heat I seem to get the older I become has sure slowed me down this year Let me tell ya...


Posted by PioneerPreppy at 9:11 PM 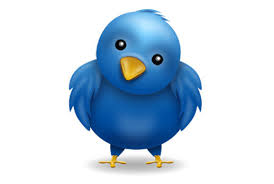