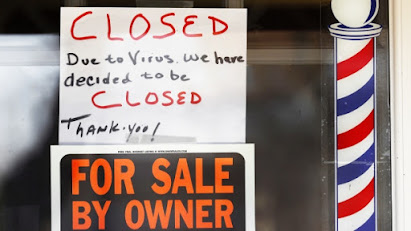 I need to apologize dear readers but I am for all intents and purposes at a loss for words. I know I have not posted for weeks as I have been in a state of shock watching the absolute end of The United States. Not just an end as we know it but the real, bottom of the barrel end. There is no rule of law, there is no holder of an office that upholds the law, no judicial arm seated. Not a scrap of These United States remains. We are living under a fraudulent Theocracy built on the many faces of the Multi-Cult. From the sisters of systemic racism to the bortherhood of Covid fear. They will be rooting out the non-believers with zeal.

Let me stop right here and give this warning to any readers new or old I may have.

IF YOU DO NOT ALREADY HAVE AN INTERNET PRESENCE AND HISTORY OF COMMENTS AGAINST THE NEW THEOCRACY DO NOT COMMENT HERE OR ANYWHERE ELSE.

Seriously. Do not call attention to yourself. I truly love comments from readers but your safety is far more important than my entertainment or our discussions. I am looking at the big 60 coming up soon. I have been active politically since the first Tea Party protest. Was a founding member of a well known Patriot group, have been escorted away from liberal Senators and even arrested (but not convicted) in the pursuit of preserving the American way of life. I am sure I have been identified long ago and any shred of anonymity I may have enjoyed ended. They know who I am even though I am not important. If you are not already on a list do not get on it for something as trivial as visiting and commenting on a blog or news site, Keep yourself safe and wait to see IF we finally get organized enough to make a real difference.

This is going to get ugly fast and us old farts that are getting to old to run and gun but have been preaching against the evil Left for years have only one thing left to do and that is to keep going and stand by our words until they take them from us. I expect this site will be found and removed at some point as the new Theocracy begins to flex their new found power. We will see.

It will start with censorship and government control of products forced on large businesses. They will not move on guns held by individuals immediately but will ban all manufacture and distribution of them and anything else they don't like or think of as White. Woodstoves, pickup trucks and SUV's, hunting gear,  MAGA hats. Hell they already banned the sale of Trump stuff today. Small farms will be made illegal or taxes raised to make them financially impossible to own. Confiscation will begin after laws are quietly passed that allows it during a traffic stop or whenever law enforcement finds it convenient. Inheritance? Ya right when you die it will all go back to the Theocracy to be redistributed to those more worthy. Reparations and Student Loan debt relief will be immediately addressed you can bet on that. Of course we know who the bill for that will be handed to ultimately.

Guys I don't have a plan to survive this. Our only hope is that at least a few of the States that held free and fair elections embark on a course of Nullification or Succeed entirely. Perhaps those counties with real Sheriffs who understand the Constitution and their duties to the people can hold out. Otherwise I don't know. It painfully obvious we have no allies in Government. No Judicial Branch that is willing to stand up for the Constitution or basic rights against the Multi-Cult.

In all my years of fighting the Multi-Cult Leftist agenda this is the darkest hour I have ever witnessed. May God Bless and Protect us all.

Posted by PioneerPreppy at 7:28 PM