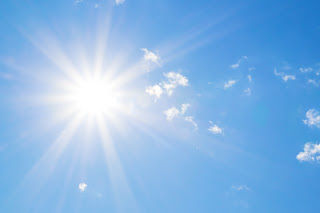 I noticed most of Missouri moved into the abnormally dry condition on the US drought monitor sometime over the last two days. Last time I can remember a real drought here was 2013 and it was a doozie that dried up about everything except the spindly clover. Killed some trees and destroyed a fair number of bee hives that were not manged as well as they should have been and caused a lot of newly swarmed hives to fail as well. Abnormally dry is a fairly common condition for us so nothing to worry about yet but the heat is a bit concerning right now.

As of yesterday we still have a fair amount of Dutch Clover blooming and even managed to get a bit of rain but the ground is cracking bad. We have had almost solid upper 90 to 100+ degree days for weeks with out a cloud in the sky usually. The heat as I said is bad but nothing the normal flora and fauna around here can't deal with except the constant harsh sun is cooking some plants hard. I have been forced to erect make shift sun shades over a couple of my watermelon plants due to the Sun wilting them every day.

Normally my cucumbers and water melons wilting a bit doesn't bother me but this has been going on daily now for a few weeks and it cannot be good for them to be that wilted that often. That is my opinion anyway so about noon or soon thereafter I go out and prop a feed pan over the most delicate plants to protect them the rest of the day.

I would say this is probably the only real drawback I run into with waiting to plant a week or so each year until the rains stop. I sometimes run into conditions where a few plants have not yet grown enough to shrug off longer than usual heat waves so are more susceptible to Sun stroke and exposure. My carrots also appear like they are going to bolt right off the bat too this year.

Always something ain't it?

Pest control measures appear to be showing signs of success. I now have the old talk radio station blaring in the barn 24/7 which seems to scare critters away but also has the added benefit of making the remaining sheep much more patriotic. Figures freeloaders like skunks and groundhogs would be liberals. I have been clogging den entrances with bounce drier sheets shoved way down into the holes followed by a packing of slightly used kitty litter than topped off with clean soil. So far no entrances have been reopened and no new entrances have been dug. I have also not seen a varmint period since the one lone skunk sighting in the wee hours of the morning as it traveled through the yard a few days ago.

With the constant firework explosions and heat wave I cannot say the critters are gone yet but the lack of new tunneling makes me think it is working. This is my first invasion by a mother skunk with babies at the Small-Hold but one of my neighbors tells me the mother skunks usually take the babies and begin traveling this time of year so she may have moved on regardless to show em how to be skunks and ween em. The ground hog and I are old enemies though so she knows I will win this battle. I know she has a small den way down behind the equipment shed but it is in the side of a small hill and not directly under the shed. Never has caused a problem back there so I have never evicted her. My bet is she moved down there as it has a bunch of Mulberry trees she likes to climb into this time of year.

That is about it for now. This heat is keeping my inside more than usual and forcing most of my chores to simple maintenance evening runs for now. Forecast says we may get a break for a bit starting tomorrow which would be good since I need to mow the pastures again before the Thistle gets too big.

Posted by PioneerPreppy at 2:28 PM