The Return of Roadkill and Small-Hold Wildlife 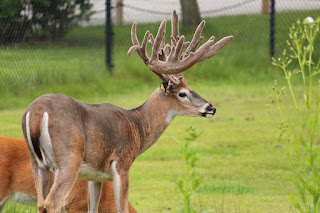 It's been a few years since I have noticed the State and Local entities allowing the roadkill to litter the highways and larger road system the way they have begun to now around these parts. To be fair perhaps it had a lot to do with the low traffic numbers during the Democrat Lockdown fearfest. With so few people on the roads maybe roadkill was just reduced so much that removal was no longer an issue. I have also noticed a drastic reduction in the number of crews they have mowing and repairing those safety cable fences that some poor slobs seem to scrap into. There are spots on my commute that seem to have as much cable on the ground now as it has actually ran above the shoulder boundary. Seems like an awful waste of money considering the middle road median is pretty much flat and a good 40 to 50 yards apart. Rolling vehicles are not something that happen around here much at all so I would imagine the cables do more damage than going off the shoulder and save few if any lives. Not to mention the cost of repairing em which must be fairly large or they would still be fixin em I imagine.

Tell you the truth a lot of infrastructure around here is beginning to look the way it was 12 or so years ago again during the Odumbo years. Housing construction does not seem to be slowing down here yet though.

One particular aspect I have noticed the last two months or so is that the roadkill is almost entirely wild animals this time around and not nearly as many armadillos as in previous years by a long shot. I am interested if this is a trend as it seems to run contrary to my observations of more new people and traffic locally. Now that I think about it however I can also see how more trash dumpsters and lawns might actually increase the deer, skunk and raccoon populations in an area too though. So far only a few rumors of a bear here and there, I have not seen one.

I saw very few snapping turtles traveling this year and not a one in my yard at all for the first time I can ever remember. Until now there has always been at least one I had to keep an eye on as he traversed the yard and often hung out in one of the water filled ditches for a day or two.  I do have a wood chuck or ground hog that has moved into my barn this Spring I am going to need to deal with soon. In fact I may have more than one ground hog as I saw this particular hog have a litter of two babies last Summer and raise them down by the equipment shed. She seems to have decided the full barn is better and moved up into it with one of her offspring moving in next to her under a storage building off the side.

I am still kinda figuring out how to deal with these two as I do not want to just kill em but I am not sure I have any other option. Other than their burrows I have not seen any other damage but those burrows can be very appealing to other critters that can be much worse so I cannot let them go long open and inviting.

The wild life return I am most excited about is that my BobWhite Quail seem to have returned this year after being almost extinct for two years, or at least so rare I never saw or heard em. Between my field clearing and a powerline crew the quail seemed to move elsewhere but I have been making it a point to get their fence row and other habitat back and it seems to have worked. I have not seen any yet but their mating calls have been ringing out across the fields a lot this Spring and Summer. I even saw what I am sure some tracks in the mud around my very back stock tank the other day.

I really missed those quail.

Posted by PioneerPreppy at 7:36 PM