Here We Are Again 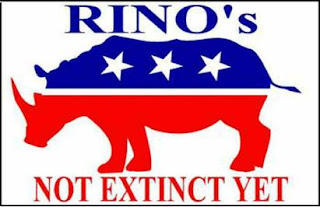 Here we are once again. A Femocrat regime elected by nefarious, questionable and illicit means along with a conglomerate of Democrat special interest groups devoted to looting rural, (and non-Rural for that matter) White Americans while controlling the House and Senate. Almost a repeat of 2008 once again. Only a few true Representatives and Senators looking out for non-hyphenated Americans in the heartland and many RINOs willing to cave in to the leftist demands for whatever hidden reasons they have.

Ya that last one is for you Roy Blunt. You treasonous back stabbing scum.

The only thing I see different this time around is that BiteMe is so brain dead from age rot he doesn't have enough cognitive ability to care about how the world sees him outside of whatever pre-teen he is schmoozing on at a presser anyway. This scenario is coming out worse because the loony leftist admin-types are actually running the show with no control at all from above. At least O'Dumbo tried to shy away from everyday things that would make him even more unpopular and had semi-intelligent and experienced crooks knowing they actually had limits before making new rules and regulations. Some of them had even heard of the Constitution and how it had managed to be upheld from time to time. Some of them.

Not so with these nitwits.

In the end the unrestrained stupidity of this crowd may actually work out as an advantage for true Americans. That is if the RINOs don't cripple us first or the braindead-in-chief doesn't get us into a war protecting the Femocrat money laundering and pedo farm land across the ocean.  This time around the regime is making many more enemies than friends with their every failed move but I don't think they care. Their plan is to have so many new immigrant non-White supporters in place that it won't make a difference. They will probably achieve that goal.

In the end they are destined to defeat, I still believe that and to me it is obvious their constant failed decisions and biased goals have shown it. The signs of failure are all around us but those failures just continue to push the Femocrats to more doubling down. Once again, just like the Obummer years the trick will be keeping and defending as much as possible remembering this time sanity may take a much longer time to return and there will more than likely be more pain and a much further fall we will need to live through. Hence my renewed interest in self sustainable living.

We will be pushed from every side with the new Red Flag laws coming up, massive food shortages, insane energy costs and resource disruptions. More laws controlling every aspect of our lives to use as a wedge to destroy us. However to quote a popular story before it was bought and subverted to a woke tragicomedy "The more they tighten their grasp: the more systems will slip through their fingers".

Welcome to the Rebel cause I guess :)

This Video showed up in my box as soon I hit publish. Pretty much covers the same topics.

I would have added a lot more negatives to electric vehicles myself but that will come in a later post.

Posted by PioneerPreppy at 9:11 PM