Another Pile to Deal With 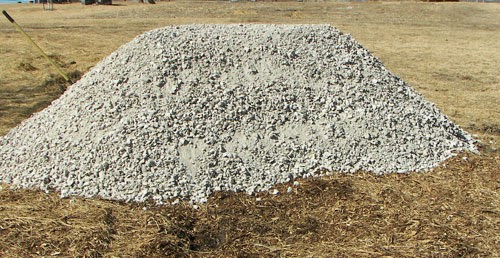 Well the gravel truck showed up this morning. The whole idea behind my having it delivered and not getting it myself was so the driver could just tip his bucket and drive forward thereby releasing the gravel right where I wanted it and creating a nice new drive from the back of the barn along the side.

Alas it was not to be.

He showed up in a shiny new dump truck. Diesel. By looking at it, it looked even bigger than the five ton trucks I dealt with in the Army.

I told him to be careful and that he may want to spread it backwards instead of forwards so he could have some traction. He walked back there and decided it was firm enough. I told him that was deceptive because I had been dumping wood chips back there trying to get some slope on the ground and that under all those wood chips was a swamp.

No one ever listens to me.

Sunk down to the dual axle he did. I thought I was going to have to get the big Massy tractor out to help pull him but nooooooooo... He dumped the entire load right there. 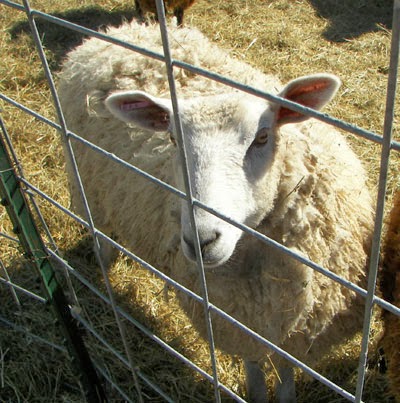 Our newest breeding ewe could tell I was pissed. She was still hoping I would scratch her neck and feed her some hay though.

After he lightened the load the truck came out finally but now I am going to have to spread that pile out with the tractor and I wasted the extra charge for delivery as well. At this point I will just make a wider gravel area behind the barn and order another load to finish out the run along the side of the barn I guess.

It really wouldn't be an issue if my parental partners would just listen to me and feed square bales when it's wet but nooooo they insist on running round bales and using equipment that is entirely too heavy for the wet ground. I can run my Ford tractor over it all day long and not make a rut but the big Massy just tears it up.

Anyway just in for a bite of lunch and then it's out to feed the bees. Going to put the syrup feeders back on the smaller hives as I believe it will be warm enough for them to use it now for a while.

The busy season is starting once again.


Posted by PioneerPreppy at 1:46 PM